LISTEN TO ARTICLE.
SHARE THIS ARTICLE.
Biogen Inc.’s experimental Alzheimer’s disease therapy appears effective despite conflicting clinical-trial results, according to a report by staff of the U.S. Food and Drug Administration, a positive sign that a drug the company once wrote off could gain approval.
The treatment, called aducanumab, has had a circuitous journey toward its possible clearance. Biogen halted its study of the drug in March 2019 on signs it wouldn’t work, then revived it in October that year after it said a review of data in one of two trials showed it was successful.
FDA staff said Wednesday that aducanumab’s effect was “robust and exceptionally persuasive” in one study. An examination of the second, unfavorable study didn’t represent evidence the drug wasn’t effective, the reviewers wrote.
Biogen shares gained as much as 47% Wednesday, the largest gain on record based on data reaching back to 1991. The stock’s moves have been closely aligned with aducanumab’s status since the initial decision to halt research. If the drug is approved, sales are expected to total about $4.7 billion in 2025, according to data compiled by Bloomberg.
Biogen developed the therapy with Japan-based partner Eisai Co., whose U.S. depositary receipts climbed as much as 58%.
The FDA report was posted ahead of a Friday meeting where outside advisers to the U.S. drug regulator will hear about aducanumab’s safety and effectiveness from the agency’s staff and Biogen. The FDA typically posts its own documents for such advisory meetings but, in an unusual move, it combined its drug reviewers’ findings with Biogen’s in one document.
The advisory committee will make nonbinding recommendations to the agency’s leadership. The FDA has asked the panel to vote on whether the data from the single positive study is strong enough alone to show the drug works. A decision on approval is expected by early March.
About 5.8 million Americans are living with Alzheimer’s dementia, according to the Alzheimer’s Association. Other approved drugs temporarily improve some symptoms, but none slow or stop the destruction of brain neurons that causes symptoms and eventually kills, the association said in a report last year.
Two Trials.
Biogen, based in Cambridge, Massachusetts, presented data from the two aducanumab trials at a conference in December. One trial showed the drug may slow the progression of the disease, while the other found no effect. Researchers questioned the positive results because not all participants completed the trials.
Wall Street analysts were surprised by the FDA staff’s alignment with Biogen on the efficacy of aducanumab.
“Simply put: we are struck by the aducanumab FDA briefing book and how consistent the agency’s view of the data are with that of Biogen,” analysts with Stifel Nicolaus & Co. wrote. Brian Abrahams, an analyst with RBC Capital Markets, sent out a note titled “FDA Drinks the Adu Kool-Aid, Showing Surprising Openness to Approval Despite Mixed Data.”
Given that Biogen cut short both trials before they were completed, many experts have found the findings unpersuasive. Some doctors have said that the only way the matter can be settled clearly is a third trial that continues to completion.
The documents also included a statistical review in which some FDA staff dissented from the overall positive view. “The totality of the data does not seem to support the efficacy” according to the dissenting remarks.
“There is much inconsistency and no replication,” according to the review. “There is only one positive study at best and a second study which directly conflicts with the positive study.”
Targeted Plaque.
Aducanumab targets amyloid plaque that builds up in the brains of Alzheimer’s patients. Brain scans showed the drug removed the plaque, but whether that had any benefit is unclear. While the plaque is found in the brains of Alzheimer’s patients, scientists don’t know what role it plays in the disease.
More than 40% of patients who took high doses of aducanumab developed brain swelling or hemorrhages, although these side effects weren’t symptomatic in most cases. FDA staff said the side effects were manageable.
Indianapolis-based Eli Lilly & Co. has several experimental Alzheimer’s drugs in development and shares of the company climbed as much as 16% on the Biogen news.
Like Biogen’s aducanumab, Lilly’s donanemab aims to provide cognitive benefits in Alzheimer’s disease by clearing amyloid plaque from the brain.
— With assistance by Michelle Fay Cortez, and Riley Griffin. 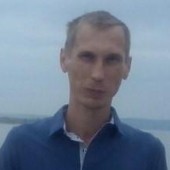